It is an understatement, to say the least, that the year 2020 had turned our lives upside down. After the initial shock of lockdown, sadness, research, and a genuine question of 'how are we going to survive?', many of the tech community turned the attention to 'how are we going to keep moving as best as we can?'. The fact that in tech we can still carry on technology conferences virtually is no doubt a first-world problem compare to many others who are dealing with much more serious problems. However, it is still different and tricky to maneuver, conferences do offer a sense of normalcy and some human connection.

I wanted to use this post to reflect on my own experience speaking at a few conferences virtually last year. Some of the videos are available online: 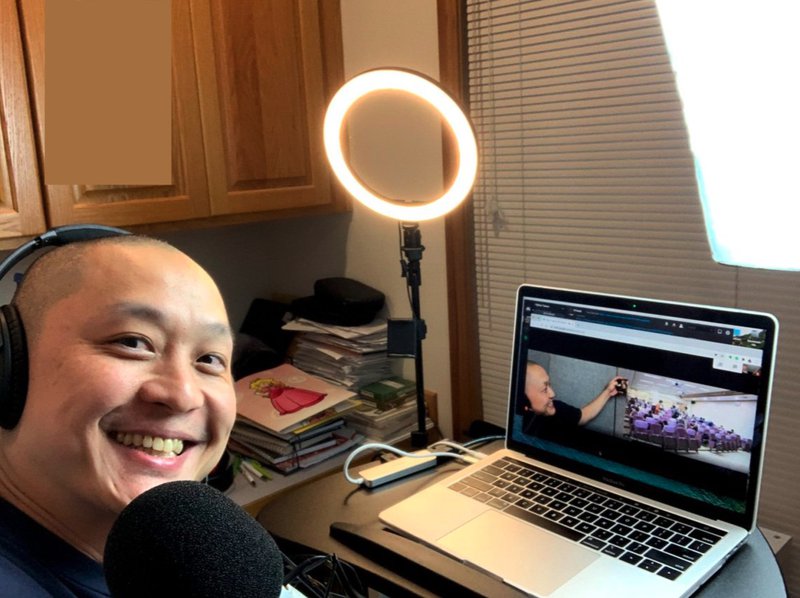 It is worth pointing out that Taiwan was one of the few places in the world able to control the outbreak and PyCon Taiwan 2020 was in a hybrid format with both in-person and virtual attendees.

Here are some of my thoughts:

Many of the conference organizers took advantage of the virtual platform and pre-recorded most of their speaker sessions. This was true for Cisco DevNet Create, InterOp Digital, and A10 Transcend. Many of them also asked the speakers to participate in chat groups to answer questions during their respective sessions. One of the things that definitely stood out is the experience level of recording sessions. Cisco, for example, was obviously head and shoulders above others because they actually have in-house professional recording teams with deep experiences. When I was recording my session with their crew, I received real-time tips for the camera position, lighting, movement, etc. The result was a much better product in the end.

As mentioned, PyCon TW was in a hybrid in-person and virtual format (kudos to the Taiwanese government), and the sessions were actually conducted live on a big screen in real-time. It helped that venue was at a university so they have stadium seating with awesome AV equipment. I personally thought it went very well considering the number of things that can go wrong, at least from my end.

Obviously, everything was a bit chaotic, especially earlier in the year. All of the conferences were pushed back in schedule, ranging from 3 to 6 months. Cisco DevNet Create was moved from March to June and InterOp Digital was moved from (I believe) July to October. The exception, again, was PyCon TW because they were conducted in hybrid mode.

Personally, the combination of delays in scheduling and the need to pre-record sessions means I had a semi-permanent setup for background, lighting, and mic stand in my office. I was also doing some experimentation with the green screen and learning how to better edit my own video. 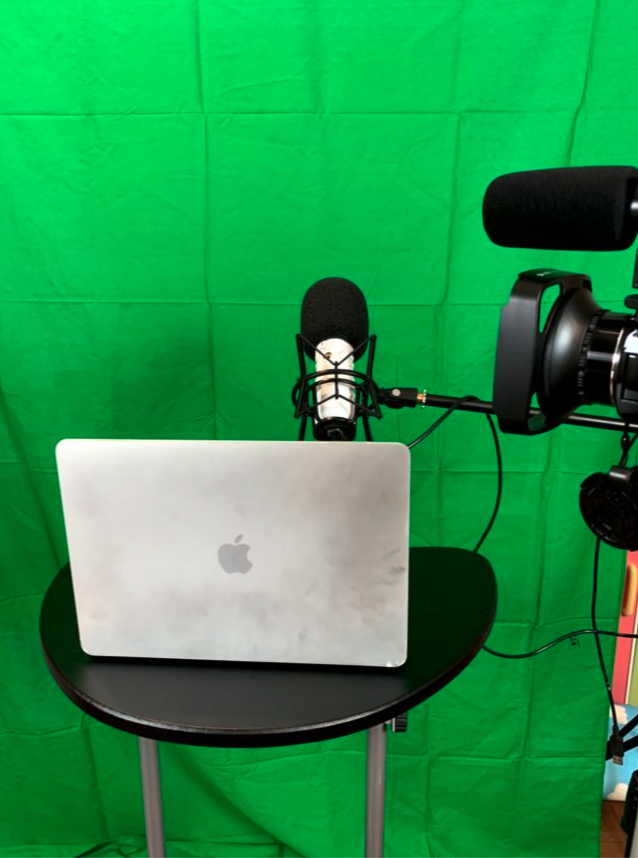 Most of the conferences I attended were free, the exception was InterOp Digital and PyCon TW. I hope in the future, even when in-person attendance was possible tech conferences can still offer parallel tracks free of charge to expand the reach. As with most speakers at conferences, my goal is to increase my reach so the more people able to participate the better.

The year 2020 is the most conferences I both attended and spoke at in any given year. By eliminating traveling and hotel as well as the physical venue limitation, the conferences were able to include more participation both in speaker and attendees. Cisco DevNet Create, for example, was conducted in three different timezones (US, EU, and the Asia Pacific). PyCon Taiwan was able to have 2 of the 3 keynote speakers conducting from overseas.

Again, I think the more participation the better and I hope this trend continues.

PyCon Taiwan was really creative when it comes to their planning and engagement. They were able to use Google Hangout to allow the speaker to see the audience in real-time, which made a ton of difference for the speaker: 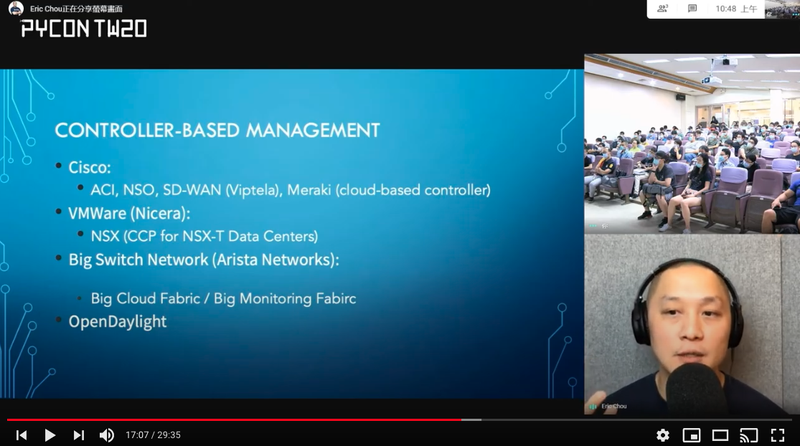 They were also creatively used discord to let the speaker know (but not the audience) about how much time is left or anything else that needs to be noted. This is the low-budget equivalent of the TV anchor earpiece. 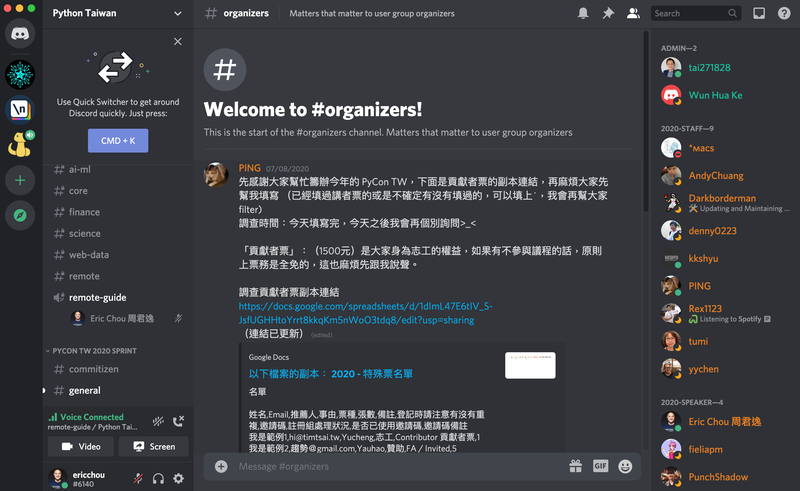 They were also using Discor's rights management system to separate the teams into organizers, admins, speakers, general, and breakout rooms.

Overall, my conclusion from the year 2020 speaker experience is surprisingly positive. The only constant thing in life is the constant changes that will continue to happen. I am saddened by the events in 2020 but the fact the resiliency we showed gave me hope. I believe our behavior and conferences will continue to evolve and this year offers a chance for people to experiment on a large scale that we otherwise would not have.

I hope you and your loved ones are staying safe and healthy.